At Les Marécottes, in the Valais region, Switzerland, fresh snow and beautiful sunshine welcomed the third event of the 2016 ISMF Ski Mountaineering World Cup, valid also as European Championships. As regards the Individual race, held today, the new European champions are Michele Boscacci (ITA) in Senior men category and Laetitia Roux (FRA) in women, while Anton Palzer (GER) and Alba De Silvestro (ITA) struck gold for the Espoir category. As for the Juniors, the crowned champions are Davide Magnini (ITA) and Lena Bonnel (FRA), and among the Cadet Ekaterina Osichkina (RUS) and Florian Ulrich (SUI) got the better of their competitors.

For the Senior and Espoir titles the 12.7-km course featured 1620 m of positive gradient spread over 5 climbs and as many downhill stretches. In turn, Senior and Espoir women and Junior men measured themselves up against a 1400-m difference (four climbs); finally, Junior women and all Cadet athletes raced on a 1200-m (3 climbs) gradient course.

The Senior event immediately saw some staggering pace being displayed with the best contenders immediately separating the lead group from the runner-ups.
At the first climb Frenchman Matheo Jacquemoud stepped up the tempo and changed his set-up at the first checkpoint in the lead. 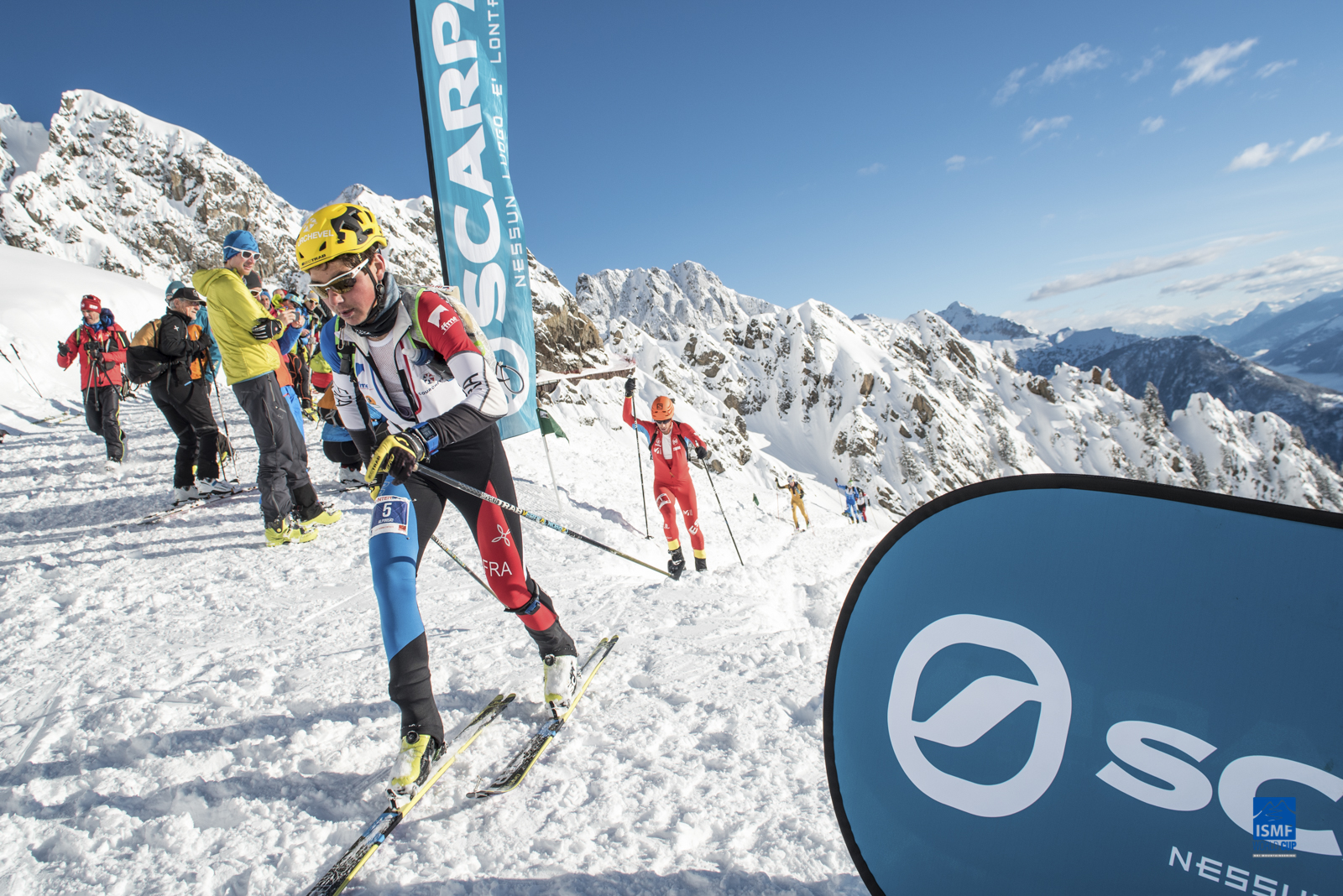 The dynamics of the race became clearer at the following climbs with Michele Boscacci, Anton Palzer and Kilian Jornet Burgada (SPA) competing for the lead. At the last climb the Italian Michele Boscacci got the better of the others and won the race in 1h24’31”. Kilian Jornet finished second in 1h25’00” and the Anton Palzer (GER) won the won the bronze medal. Following, Xavier Gachet, Matheo Jacquemoud, Matteo Eydallin, Didier Blanc, Alexis Sevennec, Martin Anthamatten, Virt Leo and Manfred Reichegger. 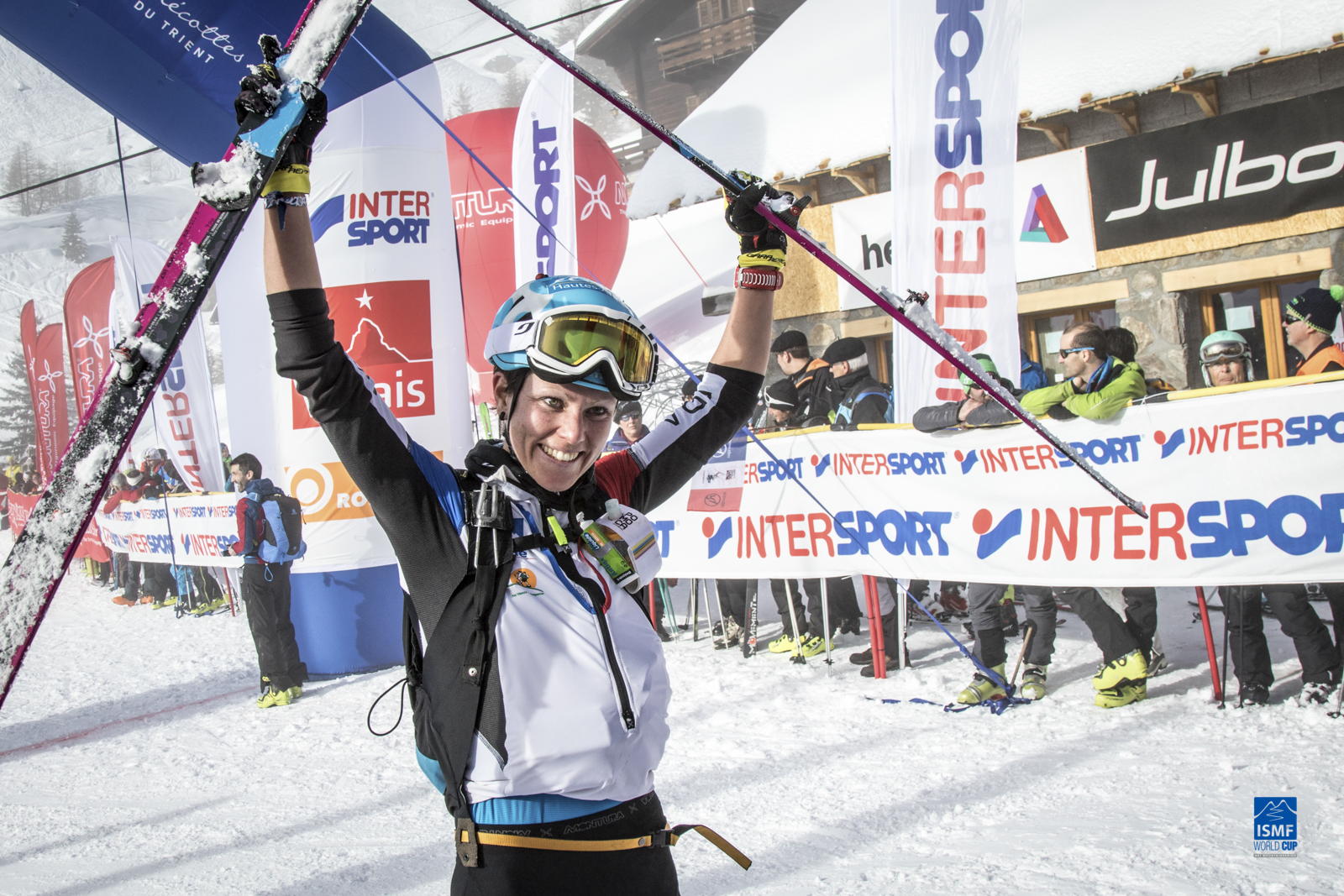 Among the Espoir women, De Silvestro (Italy) confirmed her excellent form closing the race in the first position (1h36’15”) ahead of Marianne Fatton (Switzerland) and Joahanna Erhart (Austria). Among the men, as widely expected, Anton Palzer (3rd in the absolute leader board) conquered the higher step of the podium (1h25’27”) ahead of Rèmi Bonnet (Switzerland) and Nadir Maguet (Italy).

Davide Magnini took the European title and the World Cup event ahead of the other Italian Nicolò Canclini and Frenchman Samuel Equy. The Junior women race saw Lena Bonnel prevail on her fellow countrywoman Adele Milloz and Giulia Murada (ITA).

Among the Cadet athletes, the Russian Ekaterina Osichkina finished first ahead of Justine Tonso (FRA) and Samantha Bertolina (ITA). In the men race Switzerland scored a triple podium with Florian Ulrich, Patrick Perreten and Aurélien Gay.

After the successful Individual races, tomorrow will be the turn of the senior Vertical race. On Sunday, the Sprint challenge  will be the grand finale of the three-day event, with and the last continental titles assigned.

All the ISMF World Cup rankings are online on http://ismf-ski.org/ismf2011/rankings.php

Rankings of the day: https://drive.google.com/open?id=0Bxbuxds-oXM6MWM0eUxIeE5JYXM

All the results are online on ISMF website: http://ismf-ski.org/www/content/races-result?id=154