The race, staged on the spectacular itinerary at Caspoggio (Val Malenco – Sondrio) attracted a massive number of fans.

The Sprint Race held at the second 2016 ISMF World Cup event was welcomed by an incredible number of fans and onlookers. The race took place in the beautiful Caspoggio landscape, a few kilometres from Sondrio. A very intense morning, with races, entertainment and a huge crowd closed the 30th edition of Valtellina Orobie. At the end of the qualifying round two Italians, a German, a Spaniard and two Swiss, respectively Michele Boscacci, Robert Antonioli, Anton Palzer, Oriol Cardona Coll, Iwan Arnold, and Yannick Ecouer competed from the first to the last meter of a breath-taking final with countless turns of events. Iwan Arnold started at full speed to stretch the group thin; the Swiss kept the head of the race through set-up changes and on the foot and downhill parts. He crossed the finish line first and immediately went to take the ritual winner picture. Unfortunately his joy was interrupted by the news of a time penalty due to an irregularity in the change zone. 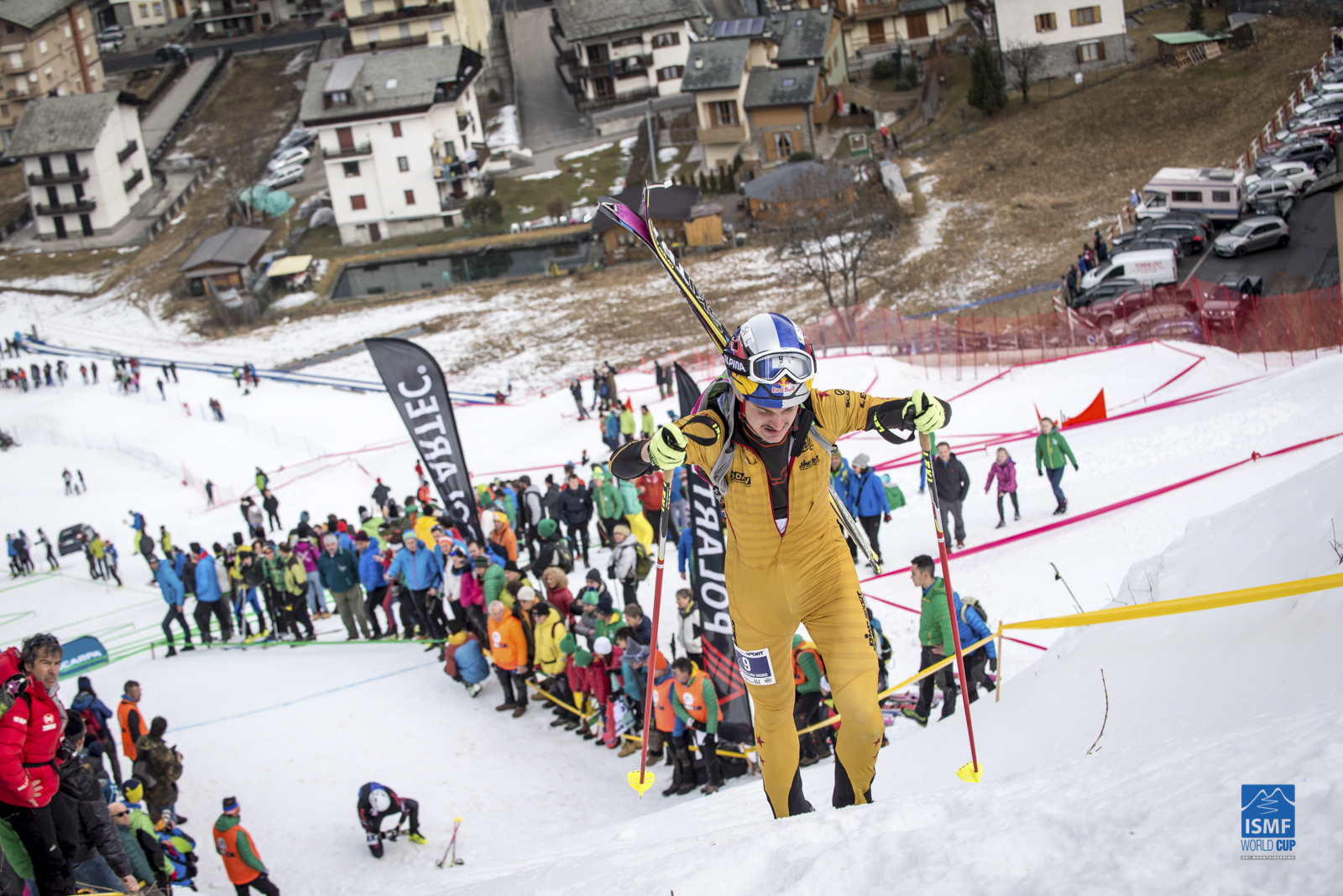 In the light these events the gold was passed down to German ace Anton Palzer. After him, the specialty world champion Robert Antonioli finished second. On the very challenging and spectacular Caspoggio itinerary the Italian athlete was literally worshipped by the local crowd. The third place went to a very promising talent, Oriol Cardona Coll. Then came Yannick Ecouer, a relegated Iwan Arnold and Michele Boscacci, who also received a penalty but did a very good race and was rightfully included among the undisputed stars for the upcoming continental events.

The women race, too, was incredibly hard-fought. In the end the race went to Clàudia Galicia Cotrina. The Spanish medallist won a well-deserved gold ahead of the “Queen of Ski mountaineering” Laetitia Roux and another Spaniard, Marta Garcia Farres. Martina Valmassoi finished fifth.

Right before the much-anticipated senior races, the youth races warmed up the many fans gathered at Caspoggio. After the qualifying rounds the young Italian star Nicolò Canclini was already looking like the likely contender. A very high pace uphill and a flawless downhill stretch did the trick and Canclini managed to keep the Swiss Corthay and the other Italian Davide Magnini at bay. French athletes Bellabouvier and Equy completed the top-five finishers list. The Marseillaise played at the end of the women race thanks to Adéle Milloz, who finished ahead of the Austrian Forchthammer and the other French Lena Bonnel. Two Italians, Giulia Compagnoni and Giulia Murada, completed the top five ending fourth ad fifth, respectively.

Rankings of the day: https://drive.google.com/open?id=0Bxbuxds-oXM6dEFRemN2V2JyZms

All the results are online on ISMF website: http://ismf-ski.org/www/content/races-result?id=152

All the ISMF World Cup rankings are online on: http://ismf-ski.org/ismf2011/rankings.php