In the women race Laetitia Roux completed her comeback over Jennifer Fiechter.

After several seasons the Valtellina Orobie is back among the great worldwide ski mountaineering events as second appointment of the 2016 ISMF World Cup. The 30th edition featured an unusual start and finish to be crossed on foot. The athletes of the individual event have had to prove their worth on a track with 1750 m of positive altitude difference, 5 uphill stretches, 5 slopes, 11 set-up changes, open ridges and spectacular downhill chase-downs. The little snow that fell so far this winter had made these parts all the more athletically challenging. 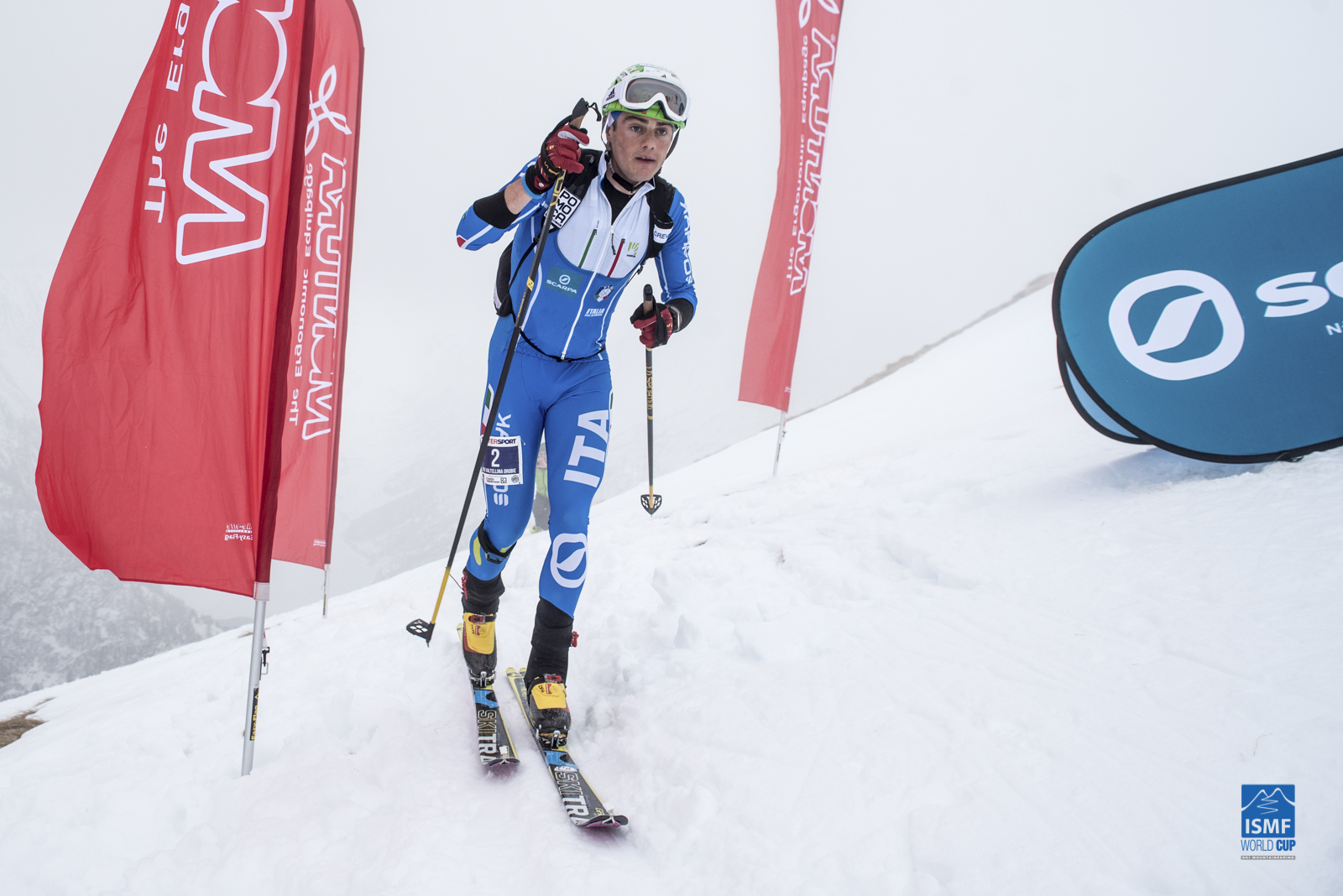 On his home mountains Michele Boscacci has attempted since the very start to win the race; he lived the dream and gave hope to his fans for three quarters of the race, before Kilian Jornet caught up and got the better of him. After a spectacular head-to-head, the two came together at the finish line in Campelli, a few kilometres from Albosaggia. The winner was declared by photo finish and then using the chip. Jornet finished the race in 1h, 35’28”609, Boscacci in 1h 35’28”690. Anton Palzer, the first among the Espoir, came third in 1h 35’56”, followed by a steadily and progressively growing Robert Antonioli. The top ten also included Xavier Gachet (FRA), Valentin Favre (FRA), Mathéo Jacquemoud (FRA), Martin Anthamatten (SUI), Matteo Eydallin and Alexis Sevennec (FRA).

The women – and junior men – race comprised 4 uphill and as many downhill stretches (1315 D+ 1315D-). As for the women the French Laetitia Roux got her first success. The queen of ski mountaineering was restored to her throne ending the race first in 1h 42’30” before her Swiss rival Jennifer Fiechter – 1h 44’59” – and the Swede Emelie Forsberg – 1h 46’51”. Worth reporting is that Forsberg lost the second place after a time penalty: incorrect position of her skis in the bag. The Spaniard Claudia Galicia finished fourth before the azzurra Katia Tomatis; then, Valentine (France), Martina Valmassoi (Italy), Mireia Mirò and Marta Garcia (Spain) and the young – and first among the Espoir – Alba De Silvestro (Italy). In the Junior race Italy conquered the first two spots with Davide Magnini e Giulia Compagnoni; after 3 uphill and 3 downhill stretches (990 D+ 990 D-), the podium was completed by Lena Bonnel (France) and the local favourite Giulia Murada. As regards the men podium, the French Samuel Equy finished second and Nicolò Canclini won the bronze medal.

Tomorrow the World Cup circus will be back on track at the Centro Sportivo Caspoggio with the Sprint event.

All the ISMF World Cup rankings are online on

The Annual General Assembly of the International Ski Mountaineering

WORLD CHAMPS ARE ON AIR: DAMIANO LENZI AND LAETITIA ROUX GRAB GOLD IN THE INDIVIDUAL